IT’S FINALLY HERE! MARGARET ATWOOD’S LONG-AWAITED SEQUEL TO ‘THE HANDMAID’S TALE’ HAS LANDED…AND WE HAVE TWO COPIES TO GIFT AWAY!

In her introduction to the 2017 edition of The Handmaid’s Tale, Margaret Atwood wrote: “‘It can’t happen here’ could not be depended on…Anything could happen anywhere, given the circumstances.”

As anyone battling for the human rights of women will know, it’s a chilling summary of the truth: for when it comes to women the world over, happenings beyond belief can still be traded and sold as the norm. Simply because the people in power make it so.

In the long-awaited follow-up to her original 1985 masterpiece, The Testaments continues to evoke the questions and political nightmares of Atwood’s dystopia, answering our innermost thoughts through the rewinding and forwarding of time. 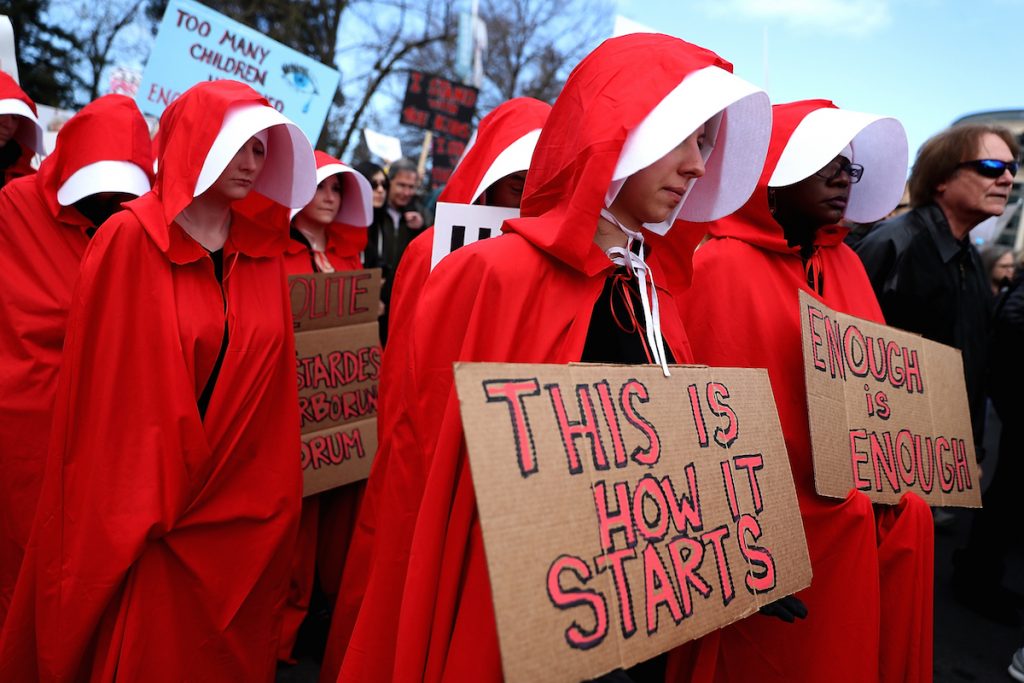 Women around the world have adopted the women of Gilead’s infamous attire in their protests for women’s rights.

Dealing with the questions of “How could it be allowed to happen?” and “What happens next?”, The Testaments is at once a prequel and a sequel, gifted by multiple voices, and all highlighting a world where women are not only objectified, but are forced into a position where moral compromises are a luxury.

It is only fitting that Margaret Atwood’s next venture into Offred’s tale and a future that will seem strangely possible – or worse, even a downright reality – for far too many women, has been shrouded in secrecy. With a launch that saw women dressed in the costume of the handmaids – the ‘fertile’ women ritually raped to repopulate Atwood’s dystopian theocracy – and women’s rights campaigners taking to the streets with the book in hand as a warning of might be, we can safely say this is THE book of not just this month, but undoubtedly of decades to come.

A truth for any book which dares to state: “Innocent men denying their guilt sound exactly like guilty men, as I am sure you have noticed, my reader…’

To win one of two copies of The Testaments and a bar of slave-free Tony’s Chocolonely, head over to our Twitter, Facebook or Instagram pages by midnight of Monday 16th September 2019, and tell us one hope or fear you have about women’s rights today! You can also email us with your answer at  i.am@makingherstory.org.uk. 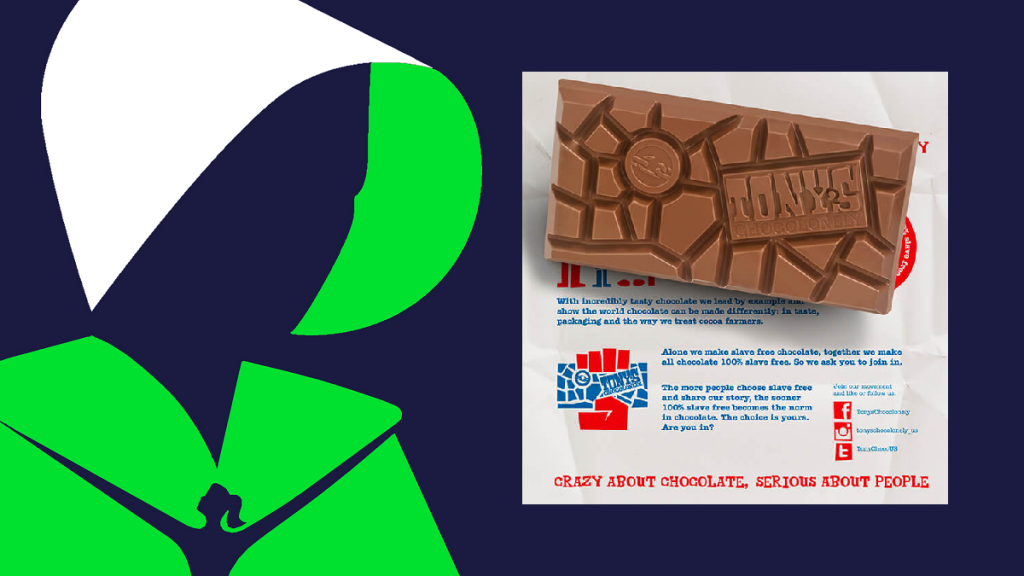