Ultimately, the abuser is the only person who can change their actions, but there are things you can do to encourage them to engage in healthier behaviours.

It can be difficult to admit that someone you know is capable of hurting others. But if you remain silent or make excuses for violent behaviour, you are encouraging a perpetrator to continue with actions that are likely to be causing serious harm. 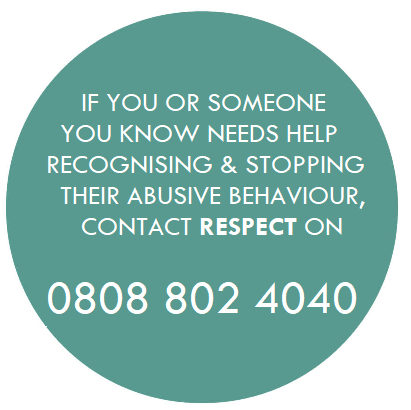 7 SAFE STEPS YOU CAN TAKE

STEP 1: LEARN THE WARNING SIGNS OF ABUSE so you can help your friend or family member recognise the different forms of abuse they may be committing. Most abusers find it hard to admit that they have a choice in whether or not to behave violently and therefore accept responsibility for their actions. It’s crucial they understand that what they’re doing is “not on.”

STEP 2:  DO NOT SUPPORT THE ABUSE IN ANY WAY. Abusers often benefit or find satisfaction from having control over the abused (e.g. emotionally, psychologically, financially, physically) and may turn to you to help justify their actions. They may joke or laugh off their actions. Do not participate in any such attempt to make light of their behaviour and remind them that their actions are causing another human being harm.

STEP 3: DO NOT ACCEPT VICTIM-BLAMING. An abuser may try to blame the victim for the abuse e.g. “She’s so stupid”, “I told her not to”, “She was asking for it.” Blaming the victim is one of the easiest and most common ways in which perpetrators try to justify their actions. Do not support these feelings or nod along to any such justifications. It is crucial that an abuser understands there is no justification for violating another person’s human right to feel safe at all times, have a free will and exercise control over their own lives.

STEP 4: RE-FOCUS CONVERSATIONS ON THE VICTIM’S FEELINGS. Abusers are able to abuse because they have to some extent, successfully dehumanised their victim and made them objects rather than a human being who can feel pain. Whenever an abuser tries to belittle their victim or minimise the gravity of their own behaviour, re-focus the conversation on how events will have impacted the survivor, not why they matter to the abuser.

STEP 5: ASK THE QUESTIONS. There are often deep-rooted reasons as to why anyone decides to be an abusive person. If you are confident and safe enough to do so, delve deeper into the reasons for abusive behaviour. Stress, latent anger, financial worries, frustration, a lack of control in other areas of their lives, past abuses they may have themselves suffered etc. are all common reasons for abuse.

STEP 6: SHOW THEM A NEW / ALTERNATIVE WAY TO ‘BE’. Abusers themselves can  sometimes feel trapped in a cycle of violence because they don’t know how else to act or ‘be’. Support them in trying to make changes in their behaviours that will create better, healthier relationships for everyone involved. You could set an example through your own healthy relationships, talk about the benefits of non-violent actions and give them good examples of how to interact with the people they are closest to.

STEP 7: HELP THEM GET PROFESSIONAL HELP. If you feel safe enough to do so, suggest resources that will help an abuser to work towards making positive changes in his life. Stay in touch with them and check-in with them to make sure they’re getting the help they need.