From financial control to ‘gaslighting’, ‘Domestic’ Violence (DV) can take many forms and goes far beyond mere physical violence.

What is Domestic Violence & Abuse? 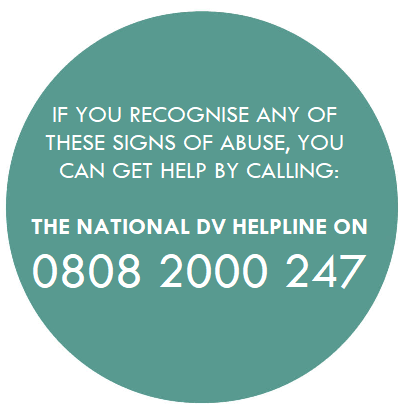 Domestic Violence and Abuse (DVA) is a pattern of behaviour used by one person to establish power and control over another through fear and intimidation and the threat or actual use of violence.

It is a crime entrenched in inequality and one which impacts women of every race, ethnicity, sexuality, religious background, disability and economic standing.

MYTH-BUSTING: Domestic Violence is NOT just perpetrated by partners / former partners. It can also be a method of control used by other members of a household as well as by other women e.g. fathers, brothers, uncles, in-laws etc.

No-one has the right to threaten your safety or impede your human rights. So if you are suffering from any of the following forms of abuse, please seek help and advice as soon as you can.

An emotionally abusive person seeks to HARM YOUR SELF-CONFIDENCE and SELF-ESTEEM.  Forms of emotional abuse include:

A financially abusive person can leave you feeling ISOLATED and TRAPPED by preventing you from having control over your money. It includes:

Physical abuse is the DELIBERATE HURTING of another human being so as to cause injury. Signs may include:

Sexual abuse is the imposition of forced or coerced sexual contact by one person without consent on another. It is one of the most extreme forms of psychological and physical assaults borne of a desire to CONTROL, HARM, HUMILIATE, DOMINATE and SILENCE the victim. Forms of sexual abuse upon women and children include:

Stalking is any form of PERSISTENT and UNWANTED attention that makes you feel constantly anxious, harassed and afraid that violence may be used against you. Stalking isn’t just ‘physical’ — cyber-stalking and threats made through social media platforms, email and other internet gateways are just as intimidating and are being used more and more by perpetrators of abuse. Forms of stalking and online abuse include: