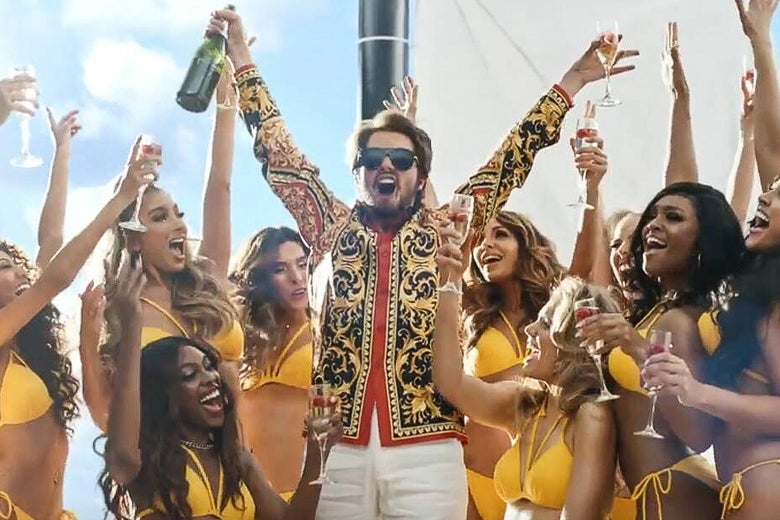 ‘Tyler’ is a man not averse to sexually objectifying women.

It’s been over a month since Taylor Swift followed up her animated video for The Man, with a film version (as above) directed, starred in, and independently owned by Taylor alone – a huge deal for a woman still battling some of the most powerful men in the industry for the rights to use her own music, and having already survived a sexual assault incident in 2017.

In her directorial debut, Swift’s male alter-ego – ‘Tyler Swift’ – literally walks through life with every advantage ever afforded to a man.

‘Tyler’ proceeds to exaggeratedly reenact everyday occurrences of male domination millions of women have to endure.

The cultural norm of applauding fathers for doing the bare minimum is highlighted too.

From manspreading to sexually objectifying women; being excused for displays of anger and aggression; sexism in the workplace; the celebration of minimal parenting as a father and so much more besides, ‘Tyler’ represents everything women have to fight against on a daily basis.

Meanwhile the lyrics remind us that men’s promiscuity in society simply translates to: “They’d say I played the field before / I found someone to commit to, / And that would be okay / For me to do. / Every conquest I had made / Would make me more of a boss to you.”

Laden with Swift’s trademark trail of ‘Easter eggs’ (clues for a deeper meaning to her words and visuals), the video ends with ‘Tyler’ being advised by the real Taylor, the video’s director, to be “sexier and more likeable”: a common remark made to women in the music industry as exposed by Swift’s Netflix eye-opening documentary, Miss Americana. 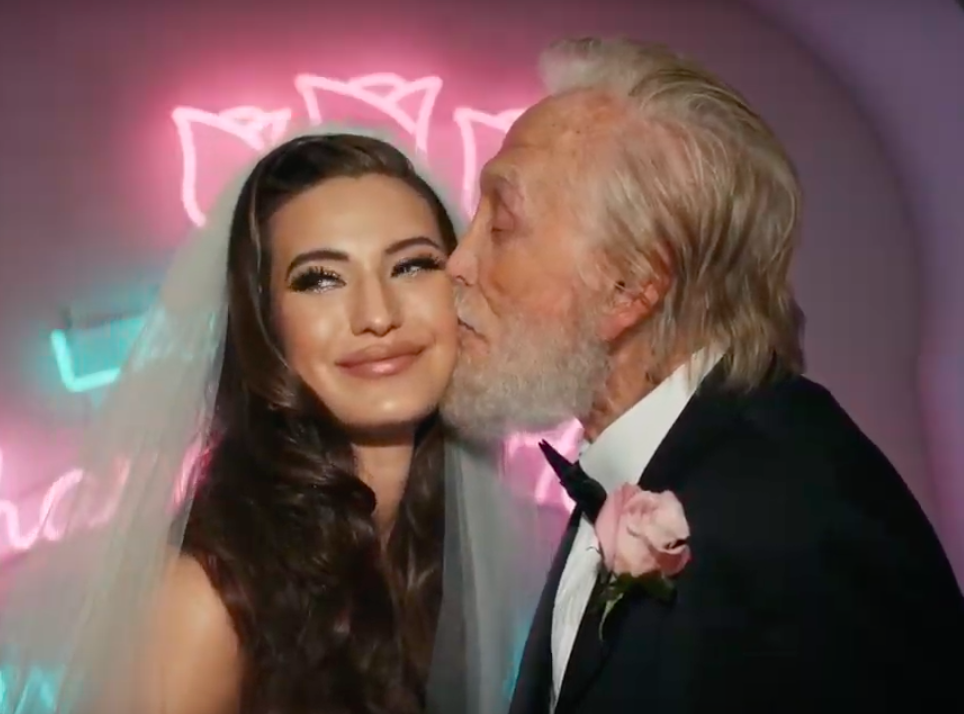 And the satisfaction doesn’t end there.

*Spoiler alert* The revelation that Taylor is not only Tyler thanks to the skills of some gifted make-up artists, but the real director and owner of this piece of work, is a direct stamp of ownership rarely seen in any fields, let alone that of popular music.

No wonder then, that this video and this song is continuing to reach every corner of the globe, and will hopefully continue to spark discussions and open minds as to the injustices and inequalities faced by women everywhere.

Making it our must-see, must-hear and must-acknowledge not just for the here and now, but for decades to come.

If you, or someone you know, has suffered harassment or abuse at work,
please seek guidance from the Citizens Advice Bureau.

For advice on how to take action against sexual harassment at work,
please contact the Rights of Women team.